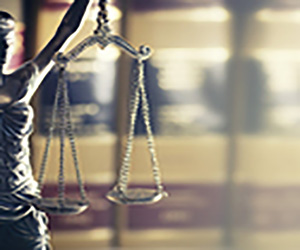 You see back in my day, The Church and The State were two different things. The distinction appears to remain sacrosanct for the small stuff like illegally giving away bologna sandwiches, but the federal government has been letting the church/state distinction slide. Church leaders have been doing a clear no-no, using their influence to direct the outcomes of political campaigns.

Six days before a local runoff election last year in Frisco, a prosperous and growing suburb of Dallas, Brandon Burden paced the stage of KingdomLife Church. The pastor told congregants that demonic spirits were operating through members of the City Council.

What Burden said that day in May 2021 was a violation of a long-standing federal law barring churches and nonprofits from directly or indirectly participating in political campaigns, tax law experts told ProPublica and The Texas Tribune. Although the provision was mostly uncontroversial for decades after it passed in 1954, it has become a target for both evangelical churches and former President Donald Trump, who vowed to eliminate it.

I know that the gut check response is to assume that this is an isolated incident, but feels and the truth don’t always go together.

Burden’s sermon is among those at 18 churches identified by the news organizations over the past two years that appeared to violate the Johnson Amendment, a measure named after its author, former President Lyndon B. Johnson. Some pastors have gone so far as to paint candidates they oppose as demonic.

“Ok, even if it is a link in a chain of events, surely the authorities will go after churches brazen enough to break the law out in the open!” Well…

At one point, churches fretted over losing their tax-exempt status for even unintentional missteps. But the IRS has largely abdicated its enforcement responsibilities as churches have become more brazen. In fact, the number of apparent violations found by ProPublica and the Tribune, and confirmed by three nonprofit tax law experts, is greater than the total number of churches the federal agency has investigated for intervening in political campaigns over the past decade, according to records obtained by the news organizations.

The IRS’s abdication of its enforcement responsibilities comes at a very bad time, given the growing popularity of White Christian Nationalism and its threat to our democracy.

“There’s been an alarming rise in White Christian nationalism.. history is full of examples where this does not end well.” Kyle Reese of @OneJax as they lead a downtown rally Thursday against growing hate speech. @WJCTNews pic.twitter.com/rCEFHGMcJo

This is not the first time that the federal government has opted out of the opportunity to cull the influence of white supremacist actors in local and federal positions of power. Remember that time they decided to not “authoriz[e] federal agencies to monitor and report jointly on domestic terrorism within the United States”?

It is really hard to not see the need to do so — the dog whistles are cat calls at this point.

Hey @WhiteHouse bring on some of that Jersey spirit and call out the @GOP on their vile attack on America by inciting violence.. The CPAC banner “We are all domestic terrorists” and are trying their best to live up to it.

I know why you come to Above The Law — where else would you hear updates on firm salaries and read Joe Patrice dunk on Johnathan Turley? But this is one of those things where the SparkNotes doesn’t really do it justice. Read the damned article. Demolishing the wall between Church and State isn’t just a Lauren Boebert pipe dream anymore. It is rapidly becoming reality.

Churches Are Breaking The Law And Endorsing In Elections, Experts Say. The IRS Looks The Other Way. [Texas Tribune]

Disgraced Judge Alex Kozinski Is Back With A Brief Comparing Donald Trump To Galileo...

The Return Of ‘On Course’: Your Guide To The Changing Practice Of Law –...