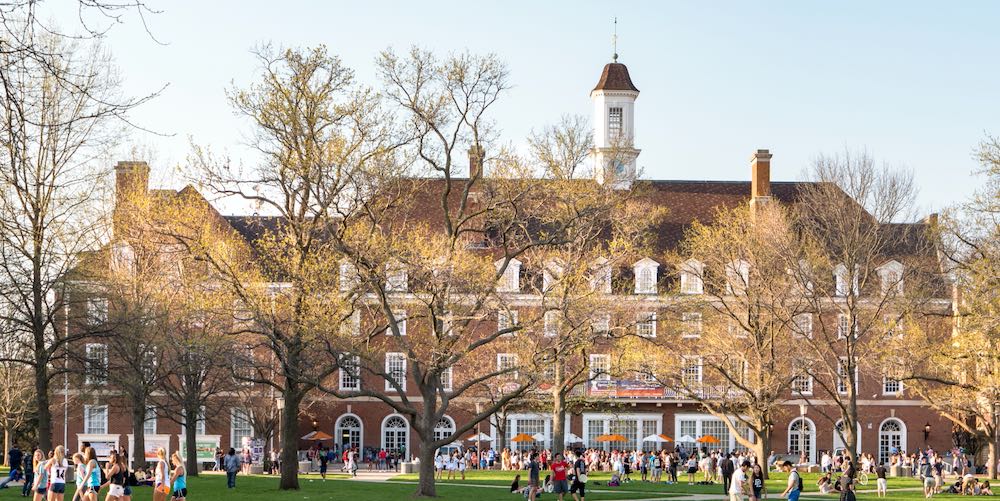 In the masterful 1997 film, Good Will Hunting, Matt Damon memorably plays Will Hunting, a deeply wounded but incredibly gifted man from rough and tumble South Boston, or “Southie.” A self-taught genius, Damon’s character makes his living working as a janitor at MIT, secretly solving difficult equations that professors leave on the board. After getting into yet another street fight, Will is sentenced to jail time. However, he is rescued by MIT professor Gerald Lambeau (Stellan Skarsgård) who brings Will to the equally brilliant and compassionate therapist, Dr. Sean Maguire, played by the late Robin Williams Throughout the course of the film, Will is counseled, nurtured, and eventually brought on the road to healing by Sean, who is troubled by his own demons. The film has since become a cult classic for intelligent, troubled young men and women who find themselves in the precarious situation of being intellectually hungry, but emotionally or temperamentally unsuited for college life.

Good Will Hunting is not overly generous to the Ivory Tower. Indeed, the film presents university faculty as narcissistic, superficial, and even predatory, in contrast to the hard-edged Irish Catholics of Southie. Viewers are not necessarily meant to conclude that college is bad, although at one point Will does famously tell a Harvard boy, “You wasted $150000 on an education you coulda got for $1.50 in late fees at the public library.” The main point, though,  is that young people need mentors and guides to help them mature and sort out their problems. Will needed an education in virtue, which Sean imperfectly provided, to complement his self-taught, public library intellectual development.

It is a truism that contemporary American education is in shambles. From pre-k to graduate school, students are indoctrinated in cultural Marxism. Moreover, as Harvard scholar James Hankins notes in a recent First Things article, the intellectual caliber of American educators—perhaps especially at Ivy League schools—has radically declined. Conservatives have felt unsafe at universities for decades but even liberals, especially “old school” members of the New Left, are increasingly finding university life unbearable, and are retiring or leaving the profession.

In their recent book, Don’t Go to College: A Case for Revolution, Army Veteran and philosopher Michael J. Robillard, and Catholic apologist and educator Timothy J. Gordon, provide a trenchant criticism of contemporary academia. While many of their critiques of academia in Don’t Go to College are familiar to conservatives, there are numerous personal anecdotes from Robillard’s experience at Oxford, and Gordon’s time studying in Rome. They also offer reflections on what an authentic education, which would include both study and physical labor, might look like. These insights make Don’t Go to College a worthy read.

As conservative commentator Michael Knowles writes in his foreword to the book, it is fitting that comedians such as Jon Stewart and Conan O’Brien serve as commencement speakers at prestigious universities today. So much of contemporary education has indeed become a joke. Sadly, as Knowles further notes, it is often the students themselves who are the butt of the joke. Instead of becoming educated citizens of a republic, Robillard and Gordon argue that students are infantilized serfs who are being prepared for a life of “adult day care” in a world dominated by “woke capital.” Moreover, they are burdened with tens or even hundreds of thousands of dollars of student loan debt that they very likely will never be able to repay. Robillard and Gordon use personal anecdotes to show how they themselves have experienced both genuine and inauthentic education in their own lives.

Though it was only forty years ago, the 1980s of Robillard’s childhood was a world away from the 2020s. He grew up in an intact family headed by a strong Irish Catholic father who worked as a warehouseman. Robillard’s childhood was marked by church, as well as Christmas and Easter family gatherings, and bike rides though the Boston suburbs. There was a Cold War, of course, but young Americans felt safe knowing that the West was led by such figures as Ronald Reagan, Margaret Thatcher, and Pope John Paul II.

Robillard was a bookish young man who nonetheless wrestled in high school, thus paving the way for a future education of the body and mind. He later was accepted into West Point where his Catholic faith was shaken by philosophy discussions, which the Bible study groups he also attended could not answer. He was deployed to Iraq and, like many vets of his generation, left the army bitter about war and hostile toward the neoconservative Bush administration. As a result, Robillard was recruited into the ranks of the New Atheists, and moved toward the political left. He went to the University of Connecticut to earn a Ph.D. in philosophy, and later was accepted into a prestigious post-doctoral program at Oxford University. However, during the annus mirabilis of 2016, in which President Donald Trump was elected and the British voters chose to break from the European Union, he noticed the radical deterioration of the left-wing academic milieu in which he functioned.

No longer was the left dedicated to equality, freedom, justice, and tolerance. Rather, many liberals in his milieu developed a totalitarian and violent attitude toward Western Civilization, Christianity, masculinity, heterosexuality, and “whiteness.” The vitriol and intolerance of the new “woke” left inspired Robillard to turn to the wellsprings of the Catholic intellectual tradition, as well as the Catholic faith—Robillard was aided by the budding social media presence of the intellectual “New Right.” Unable to keep silent and endure the hypocrisy of being a liberal academic, Robillard quit his position at Oxford and went to Notre Dame—only to experience similar totalitarian progressivism. He finally penned a Substack essay titled “How I left Academia, or, How Academia Left Me” in June of 2021 in which he points out the myriad inconsistencies in the woke left position.

Robillard’s personal reflections are not unlike many of his generation who have seen the (relatively) peaceful and prosperous country they grew up in the 1980s and 1990s completely collapse into bedlam during the Obama, Trump, and now post-Trump eras. Robillard provides the insights of an authentic searcher for the truth as well as a “man for all seasons” who, in his own words, has bridged the world between the life of the mind and the hard labor of military service. Curiously too, there are many more like Robillard who have turned to various internet sources for a supplement to, or even replacement of, their formal education.

Robillard’s coauthor, Timothy Gordon, likewise had an unconventional but nonetheless (for Gen Xers and Early Millennials) paradoxically typical education. Gordon grew up in Southern California in the 1980s and 90s attending Catholic schools that had largely abandoned their Catholic identity. He lived a punk rock lifestyle attending college, but, like Robillard, found his way to the Catholic intellectual tradition shaped by St. Thomas Aquinas. Yet, unlike Robillard, Gordon found his way to an authentically Catholic education at the Pontifical Gregorian University in Rome. Gordon recounts visiting the famous Capuchin Crypt in Barberini Piazza, decorated with the bones of Capuchin monks. He further happily recalls graduate reading groups on Augustine and Aristotle at his Roman apartment.

This lively and engaging pursuit of the true, good, and beautiful is what college is supposed to be about. In Don’t Go to College, Robillard and Gordon give a list of Catholic, Protestant, as well as some secular state colleges and universities at which such an education is possible—although they do warn that none of the colleges is by any means perfect. However, the overall point of their book is that college is not for everyone, and an authentic education is more than simply reading and studying.

This emphasis on a well-rounded education is sometimes found at a college, sometimes in the military, and sometimes found on the construction site. This is one of the book’s strongest points. Indeed, at one point, the authors provide a deeply moving quote from science fiction author Robert Heinlein that illustrates the importance of a truly authentic education:

This ideal of the both “book smart” and “street smart” American man or woman who is financially sound and handy as well as morally virtuous has been touted by figures as diverse as Thomas Jefferson, Ernest Hemingway, Clarence Thomas, and Ralph Waldo Emerson. It is the ideal that conservative colleges such as Hillsdale and the University of Dallas strive to inculcate in their students. Ultimately, however, it is this ideal that will plant the seeds for a revived American education system and a revived America.

8 types of clients you must manage in your legal practice