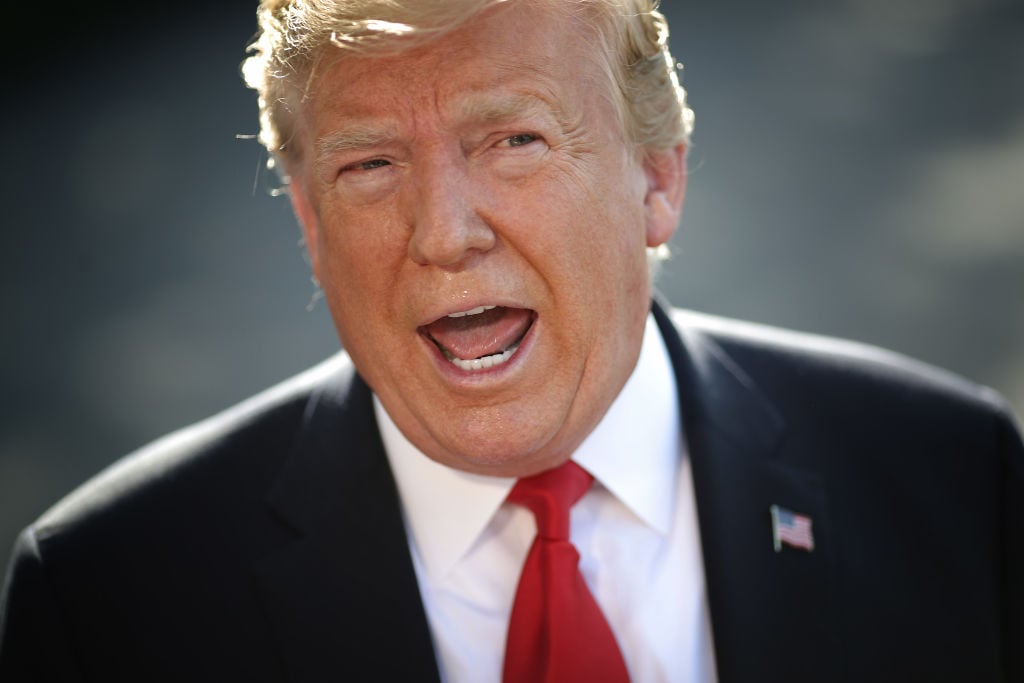 Last week Judge Donald Middlebrooks of the Southern District of Florida slapped Donald Trump and his lawyer Alina Habba with a million dollars in sanctions for filing a garbage lawsuit alleging a RICO conspiracy by Hillary Clinton, James Comey, and half the Democrats in DC. The court pointed to several frivolous lawsuits filed by the former president, accusing his counsel of “recklessly advanc[ing] claims foreclosed by existing precedent that the most basic legal research would have revealed” as “part of Mr. Trump’s pattern of misusing the courts to serve political purposes.”

Trump and his lawyers appear to have gotten the message. Within hours, they withdrew a lawsuit against New York Attorney General Letitia James that they’d originally filed in Florida state court. The suit sought to block James in her “personal capacity,” from moving to have a New York state judge force Trump to disclose his revocable trust documents — something which private citizen James would have no power to do.

The AG immediately removed the case to federal court, where it landed on Judge Middlebrooks’s docket. On December 21, the court gave a strong signal that they were headed for choppy waters, suggesting that the plaintiff and his counsel “reconsider their opposition to Defendant’s Motion to Dismiss” because “this litigation has all the telltale signs of being both vexatious and frivolous.”

In the Clinton RICO sanctions order, Judge Middlebrooks referred to the now-dismissed James case in Florida, calling it “plainly frivolous” and full of “provocative rhetoric, all too familiar” from Trump’s many claims. He also discussed a similar case filed in the Northern District of New York, in which Trump asked Judge Brenda Sannes to snatch jurisdiction from New York Supreme Court Justice Arthur Engoron and order AG James to quit investigating him.

After Judge Sannes dismissed that turkey, Trump appealed to the Second Circuit, although, as the state defendants pointed out in a recent letter to the appellate court, the investigation concluded with a civil fraud prosecution. This not only renders the appeal moot, but rather underscores the point that Trump’s howling about a baseless fishing expedition was, as the trial court put it, “wholly unsupported.”

Yesterday the former president’s lawyer Alina Habba officially tapped out on the appeal, filing a joint stipulation of dismissal with the New York AG. The case is withdrawn with prejudice and no costs or attorney’s fees to either party.

Apparently the OG vexatious litigant and his sparklemagic lawyers are tired of winning and/or paying their opponents’ attorneys fees.

Ah well, we can still look forward to that insane clown suit against the members of the Pulitzer Prize board that he filed at some rinkydink courthouse in the middle of Lake Okeechobee. Plus the defamation suit against CNN, and the tortious deplatforming suit against Twitter, and the appeal of Judge Middlebrooks’s dismissal and sanctions orders, and the defamation suit he’s promised to file against E. Jean Carroll and her attorney Roberta Kaplan …

Because when you’re a star (with unlimited PAC funding to pay your lawyers), they let you do it.

Liz Dye lives in Baltimore where she writes about law and politics.

Camus’ Plague and Ours – Law & Liberty

Your Information To Understanding Zantac Recollects And Lawsuits

Which Biglaw Firm Should You Work For? The Real Info You Need To Decide...