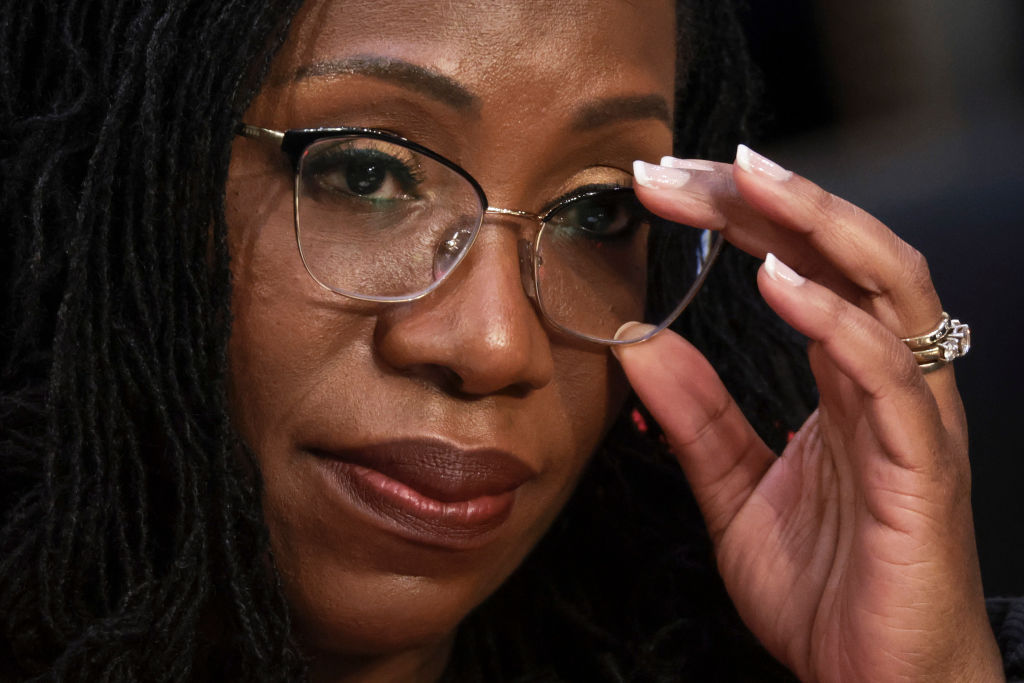 Since the start of her first term as a Supreme Court Justice, Justice Jackson has been under high scrutiny.

I wouldn’t be too worried about her though — it is definitely going both ways. Not too long ago she made headlines for her insistence on historical accuracy when interpreting the 14th Amendment and she hasn’t let up since.

“Weeks into the job, Justice Ketanji Brown Jackson is already having a moment on the Supreme Court; One close observer of the Supreme Court described Justice Jackson’s approach to oral argument in one of her first high-profile cases as ‘stunning’”: John https://t.co/TcjyplLz8D

While I know that lawyers are generally allergic to numbers greater than 13, a numerical breakdown of how often the Justices are speaking feels appropriate.

U.S. Supreme Court Justice Ketanji Brown Jackson has outpaced her colleagues in questioning while participating in her first oral arguments on the high court.

After eight arguments, Jackson had spoken more than 11,000 words, compared to nearly 5,500 words spoken by the next talkative justice so far this term, Justice Sonia Sotomayor, according to statistics by Adam Feldman of Empirical SCOTUS.

To put this in visual terms, here’s one graph from Feldman’s article: 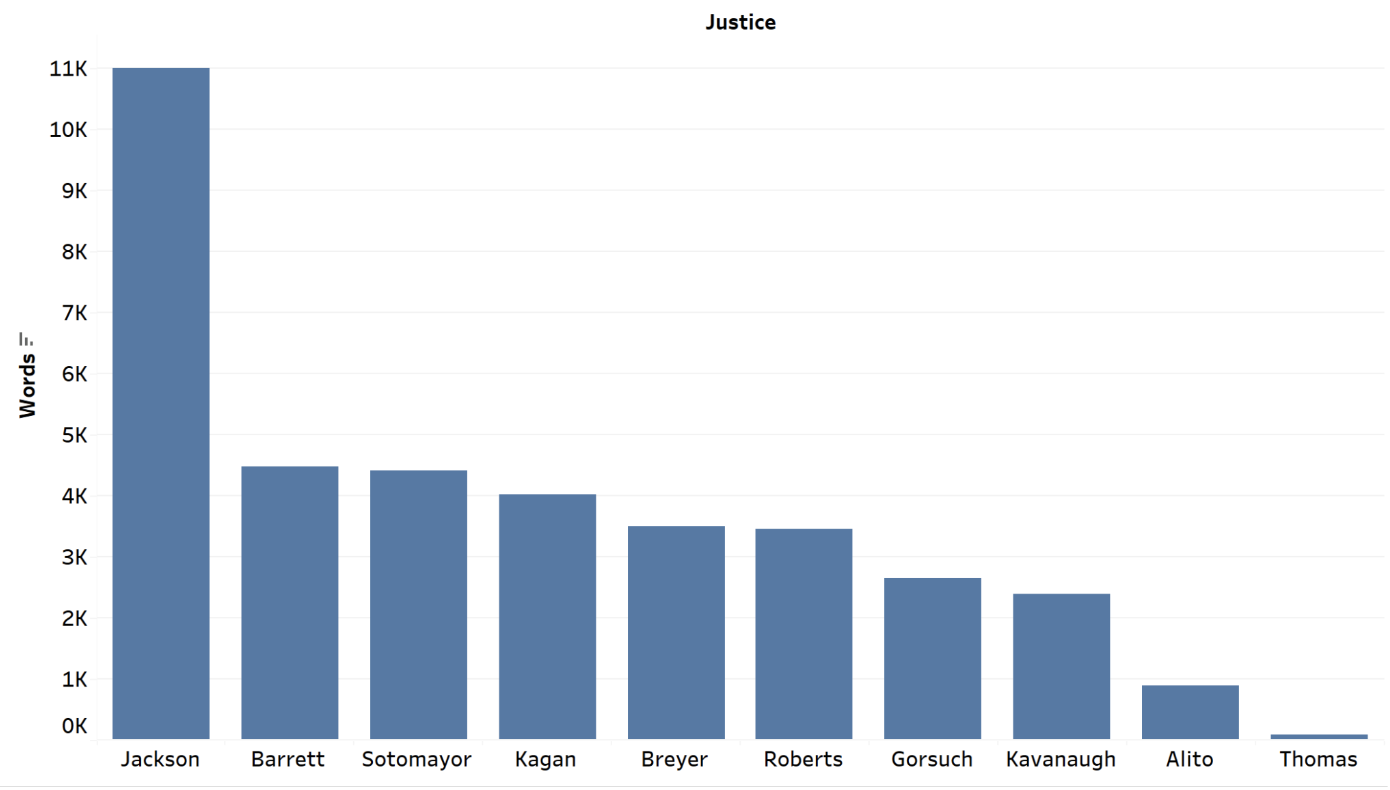 Maybe Justice Ginsburg was on to something when she quipped about having an all female Supreme Court. I would much rather have a sense for the gears turning in justices’ heads by hearing the questions they pose to council than blank stares that make you wonder if they’ve managed to fall asleep with their eyes open again. While it is interesting to note the frequency of Brown Jackson’s clarifying (and pointed) questing, who knows how things would have been a couple terms ago?

The Washington Post and the New York Times, along with Bloomberg Law, noted that oral arguments are getting longer, which makes comparisons more difficult.

The longer arguments are due to a new hybrid procedure that involves free-for-all questioning combined with a format in which each justice gets a turn. “Arguments that once ended promptly after an hour now routinely go much longer, sometimes more than twice that,” the Washington Post reports.

As the Court continues to hear cases, I am sure that Justice Jackson will continue to ask the real questions that get to the heart of the legal issues of our time. What limits, if any, may states place on the apparent absolute right to personal gun ownership? What remains of the Establishment Clause? Why won’t my ex text me back? I hope that these questions, and more, will be answered sooner rather than later.

Brand New Firm Steps Up With Market Raises For All Associates