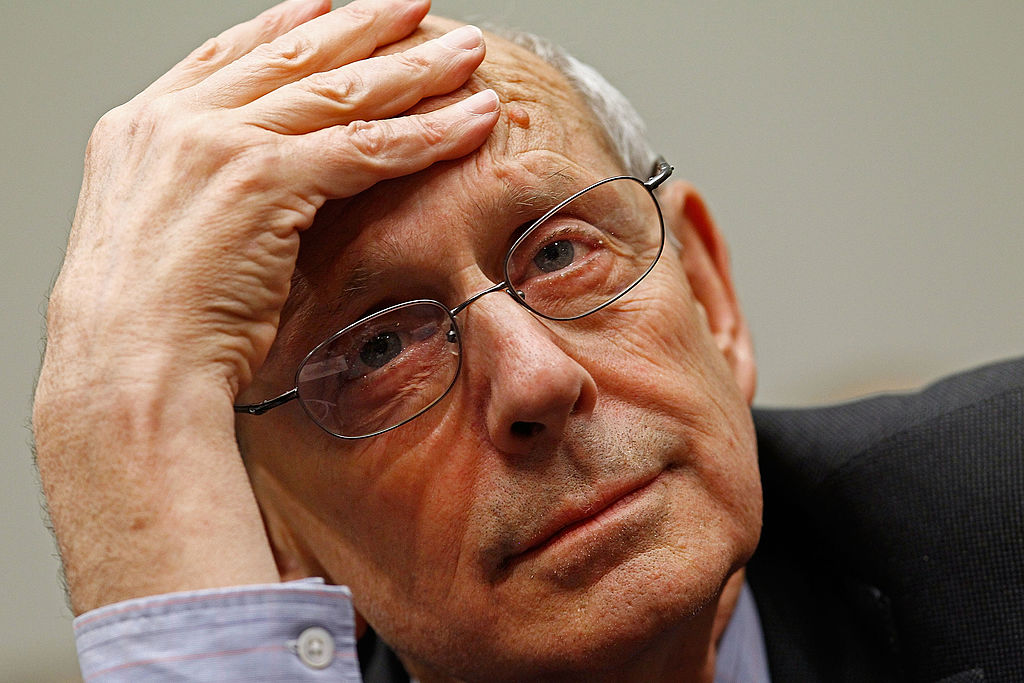 Most of the buzz around retired Justice Stephen Breyer’s exclusive CNN interview revolves around his comment warning former colleagues that some recent opinions will “bite you in the back.” Ever the cautious and responsible jurist, Breyer doesn’t say turning the Supreme Court over to naked ideologues will do the biting but “writing too rigidly.”

If this was meant as a euphemism, it falls short.

But while this back-biting pull quote has folks talking, the rest of the interview reveals that Justice Breyer still doesn’t seem to get how the Supreme Court works these days. Breyer placed this blissful ignorance on full display during the interview:

“What you do is what I learned from (Justice) Arthur Goldberg when I was his law clerk, and I’ve tried to live up to it. And I learned it as well from Sen. (Ted) Kennedy, when I worked for him,” Breyer said. “You do your best, you know, and maybe people will agree. And maybe they don’t. And maybe you’ll win. And maybe you’ll lose. And then what you do is you think about it for a while.”

Just do your best and maybe you win or maybe you lose? That’s the message behind his work on the Court? The body charged with safeguarding the rule of law?

Here, let’s put that content in a more appropriate setting: 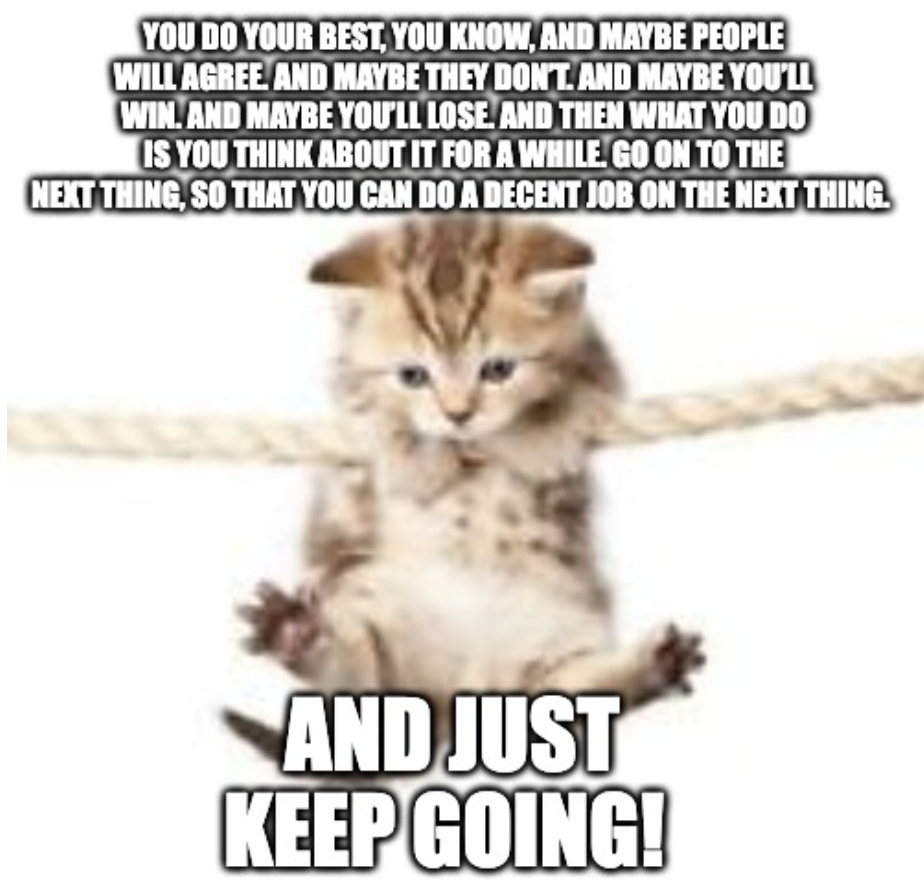 Because it is absolutely not a message befitting a Supreme Court justice holding the line against injustice.

And this defines the tragedy of Stephen Breyer. Because in reality, he was exactly what a Supreme Court justice should be, stuck in an era where that’s just not what the Supreme Court’s all about.

“Was I happy about it? Not for an instant. Did I do everything I could to persuade people? Of course, of course. But there we are and now we go on. We try to work together.”

Good heavens, this guy would bring a gift basket to a gun fight.

How much “working together” went down this Term? Breyer served with Republicans like O’Connor and Souter who approached the job willing to negotiate in good faith and, occasionally, temper their opinions to forge half-measure compromises. Justices like Scalia or Thomas demanding maximalist stances on everything and railing against long-settled precedent that they didn’t like must have felt like outliers to Breyer.

But they were canaries and the mine is now teeming with toxic fumes.

“Working together” is a one-way street. Justice Kagan has sided with conservatives for years to build a record of respect for precedent even when it cuts against her core values just to watch the conservatives jettison decades of precedent on a whim once the tables turned. All it earned her was the right to call her colleagues hypocrites. Combined with around 2 bucks that will get her a cup of coffee.

The collegiality of the Supreme Court is all form and no substance at this point. They’re quick to brag about small talk over lunch, but there hasn’t been a substantive constitutional decision that bears the markings of prudent compromise for years. More than half the justices came to the Court determined to rewrite the nation tossing text, precedent, and even relevant U.S. history aside to elevate medieval pamphleteers. Breyer may wish for a Supreme Court dominated by his brand of conscientious judicial reasoning, but if wishes were horses, everyone would ride… to a ballot box because we’d still have a Voting Rights Act to speak of.

Bringing us to the ever annoying “leak” discourse:

Breyer also condemned the leak earlier this year of the draft opinion of the decision overturning Roe, saying the unprecedented breach of court protocol “was very damaging.”

“Was there an earthquake inside the court?” Wallace asked.

It’s telling that the justices are united in condemning the leak but not a single one of them have offered a reason why other than it being a break from tradition. Some comments nod toward early leaks frustrating ongoing negotiations — which was certainly the hope of whichever conservative leaked it — though you’d be hard pressed to get a single justice to swear under oath that the opinion was seriously up for discussion at that point. These weren’t early memos circulating around the Court, it was a fully formed, lengthy opinion. It was done. None of these justices can credibly claim it wasn’t.

And once again we come back to decrying the leak… “just because.”

Other justices have also blasted the leak – including Justice Elena Kagan, who earlier this month called it “horrible” – and public opinion of the high court worsened after it occurred.

Hm. I wonder if the Court did anything else — maybe some “substantive decision” — that could be responsible for its unpopularity? Look, just because the justices engage in this stupid fiction doesn’t mean anyone else should. CNN is, ostensibly, a news outfit! It borders on journalistic malpractice to write a sentence implying that releasing an opinion a few weeks early shook the public more than the actual opinion itself. 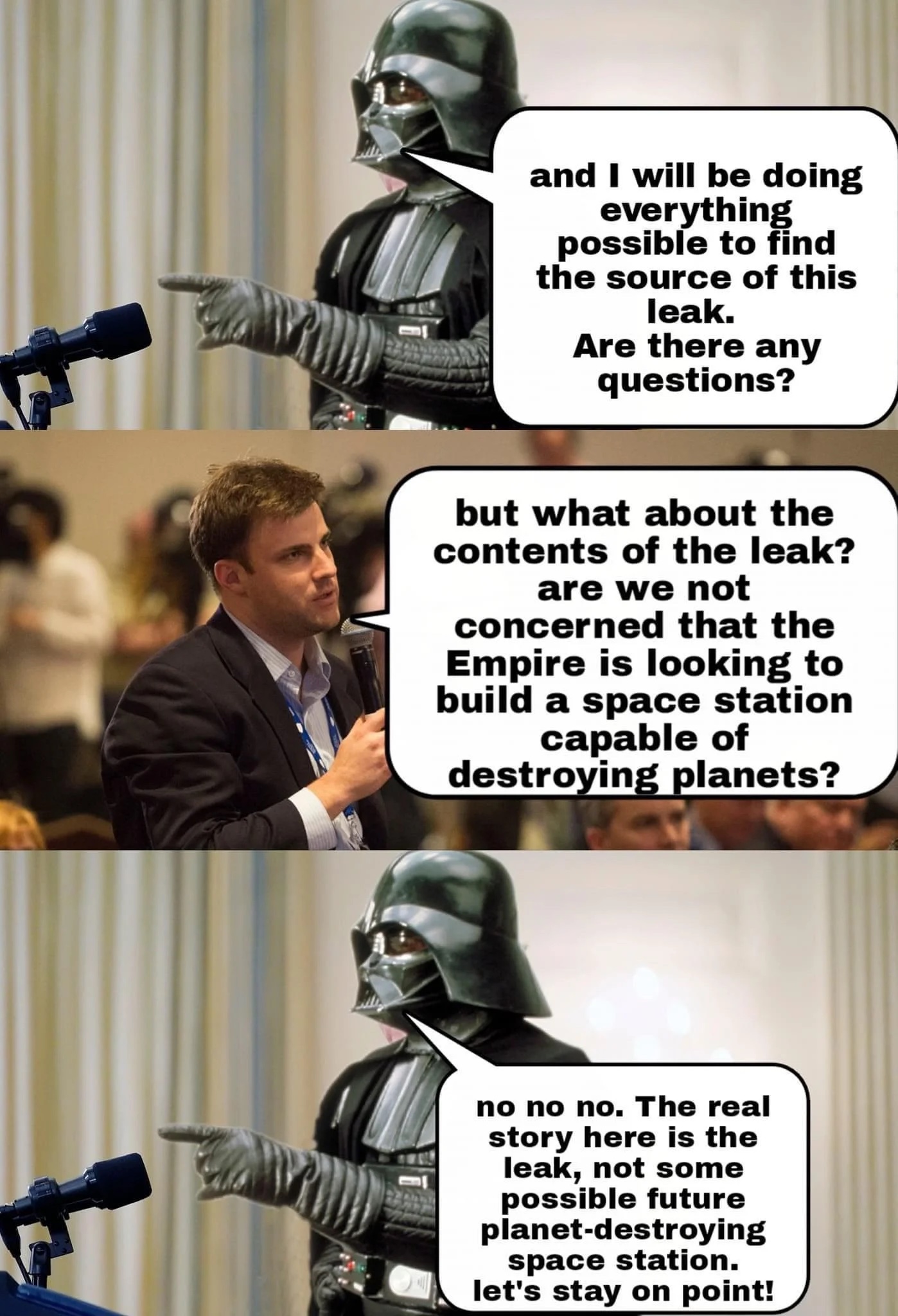 The country would be a better place if Justice Breyer’s vision of the Supreme Court reflected reality, but it doesn’t. And while he’s obviously smart enough to recognize when decisions will bite back, it seems like he hasn’t quite shaken the misconception that good faith efforts still matter on this Court. They don’t.

And they haven’t for a long time.

An earnest institutionalist might think the country is better off if the Court sells the public on the idea that they’re all friendly, even-handed people just working together behind closed doors to make everything work.

But the emperor has no robes anymore.

Everyone knows that’s not how it works these days. And not because of any leak, but because Alito’s blasting vitriol all over the place. Except for John Roberts, the conservatives on the Court have all but taken out billboards advertising their us vs. them approach to rewriting the Constitution. No amount of collegiality spin is going to fool anyone anymore.

For institutionalists like Justice Breyer, the first step is admitting the institution has a problem. Thankfully, it seems like we’re seeing some early signs that this message might finally be coming through.

And the second step is realizing that “you win some, you lose some” is never an acceptable philosophy when millions of people are watching their rights disappear.

Coping with Delays Facing H-Four and L-2 Spouse When They Have a Pending Adjustment...

ICE Deported Hundreds of Thousands of Illegal Aliens, Including Gang Members in FY 2020