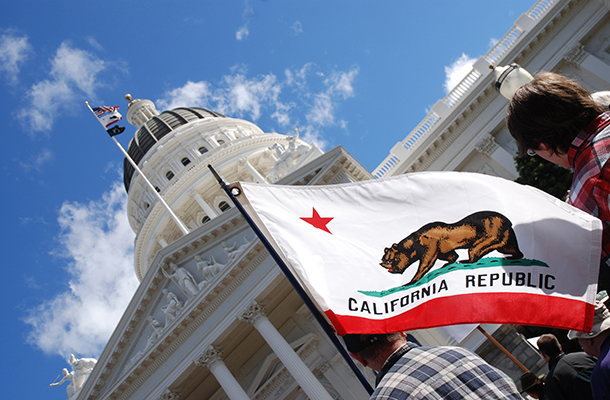 Like many others, I was transfixed by the reporting of Queen Elizabeth’s death and the ascension to the throne of her son, now Charles III. The British did a much better job of transition than we did here in post-election 2020, when our normally peaceful transition of power almost ran off the rails. But it didn’t, thanks to a lot of Americans who believed in the rule of law, including, but not limited to, then Vice President Mike Pence, who refused to let this country collapse by a putsch. (And if you don’t know what a putsch is, it’s a failed coup attempt. Hitler tried that in 1923; he only had to wait for a decade to become Germany’s chancellor.)

On January 6, 2021, we came thisclose to a putsch. Our democracy is a fragile institution, never more so than in these unsteady times, but it has held so far.

Another institution is the Supreme Court, which has come under attack recently from various places and people. Chief Justice John Roberts has not hesitated to reiterate the importance of the independence of the court. Has it become a political institution, no different from the other two branches of government? In Roberts’ mind, the court is independent of political winds. Reasonable minds certainly differ about that.

One definition of “institution” is the concept of a tradition on which a society is based. Courts are the institutions at the heart of what we lawyers do and who we are. We don’t wear crowns or carry scepters, at least not yet.

Institutions can be large or small, innovative or hidebound, a combination of clever ideas or ideas that should have been composted long ago. The ABA is, in my mind, a classic example of an institution that is still stuck in the past and that refuses to see the world has changed. No ownership in law firms by nonlawyers nor sharing of legal fees with nonlawyers. I think that the State Bar of California and the California Legislature are also still living in the past.

I suppose I shouldn’t be surprised that California has formally put the kibosh on looking at alternative ways and means to provide legal services for those for whom affordability is an issue. Blame doesn’t serve any purpose now, even though fingers could point in a number of different directions. Driving a stake through the heart of the possibility of alternative legal services here does a disservice to so many.

Gov. Newsom has signed into law AB 2958. Within its provisions is language that requires any “entity of the State Bar exploring a regulatory sandbox or the licensing of non-attorneys as paraprofessionals to take specified actions, including prioritizing protecting individuals, especially those in need of legal assistance, from unscrupulous actors, including those actors seeking to do business in the legal field, above all else.”

So, here in California, that “regulatory sandbox” (which I thought was a stupid and demeaning term as this issue is hardly a matter of child’s play), has now been emptied in an effort to appease legislators who hold the bar’s purse strings and who legitimately think that the state bar has done a lousy job of its mission, which is to protect the public. No argument from me about the bar’s ineptitude in discipline.

However, the flip side is the need to provide legal services, to represent clients, to help them through life’s rough patches (and yes, I am talking about “people law” here.) Often, legal representations are “one-offs,” be they divorces, bankruptcies, buying and selling houses, the quotidian aspects of everyday life.

There’s no question that the California State Bar has sucked (a legal term) at discipline since I was admitted to practice in 1976 (and before then when volunteer lawyers ran it and don’t get me started). We must stop looking backward at all the mistakes made, learn from those mistakes, and figure out how best to protect the public, how best to serve the public who can’t afford legal services. Should the licensing of paraprofessionals be a dead issue? I hope not.

People who need legal advice are getting it, not necessarily from lawyers, but from unregulated advisors, whose advice may be wrong, but at least people feel that there are resources, not regulated, but resources, nonetheless. Are they getting fleeced? Scammed? You tell me. But wouldn’t it be better to regulate alternative legal service providers so that there would be some level of comfort that certain minimum requirements are being met? Isn’t this a situation where inclusivity would be better than exclusivity?

If Utah and Arizona are doing it, why not California? Change is coming to the profession, like it or not. Why not be in the vanguard for it, rather than bringing up the rear? If you are in the back, all you see are the butts of those ahead of you.

Jill Switzer has been an active member of the State Bar of California for over 40 years. She remembers practicing law in a kinder, gentler time. She’s had a diverse legal career, including stints as a deputy district attorney, a solo practice, and several senior in-house gigs. She now mediates full-time, which gives her the opportunity to see dinosaurs, millennials, and those in-between interact — it’s not always civil. You can reach her by email at oldladylawyer@gmail.com.