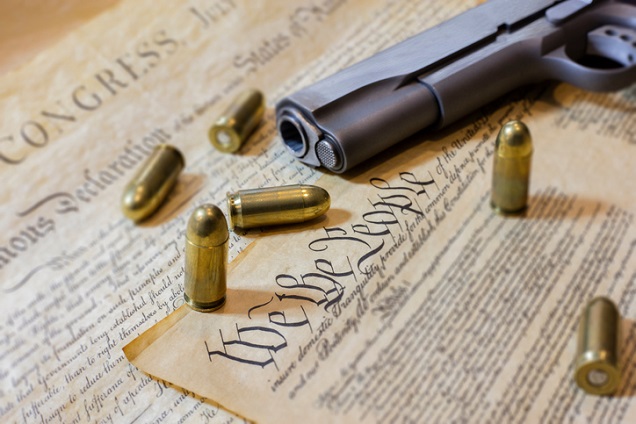 As time goes on, it seems more and more that people are doing their best to argue that anything with a barrel is protected by the Second Amendment. Mac-11s? It’s what The Founders™ would have wanted. High-powered assault rifles? Fair game. Mini tanks? Fuck it.

But one thing that members of the gun peanut gallery and the less firearm legumed among us can agree on is that (assuming you weren’t Black) the Founders probably wouldn’t have objected to a man having a musket. Unfortunately, the legality of muskets — yes, actual muskets — is a gray area in New York.

Some historical battle re-enactors in New York are holding their musket fire because of worries over the state’s new gun rules — an unplanned side effect of a law designed to protect the public’s safety.

The law that went into effect this month declares parks, government property and a long list of other “sensitive” places off limits to guns. The rules were geared more for semiautomatic pistols than flintlock weapons, but re-enactors who fear being arrested if they publicly re-stage battles from the colonial era to the Civil War are staying off the field.

In their haste, it would appear that the lawmakers forgot to add an exception to rifles that take an episode of Friends to reload. Words aside, this clearly wasn’t the intention of the lawmakers. Attempts have been made to assuage the reenactors’ worries.

Gov. Kathy Hochul’s administration insists that historical battle re-enactments are still OK, and some have still taken place this month. But persistent skepticism among event organizers and participants has resulted in some cancellations, like an 18th century encampment and battle re-enactment planned for last weekend north of Saratoga Springs…Hochul’s press office, in a prepared statement, said historical re-enactments can continue under the law “and there should be no concern otherwise.”

Metzger said he realizes local sheriff’s deputies have “a lot better things to do than to harass 70-year-old men with flintlocks,” but there was a chance someone could complain. And the not-for-profit group did not want to take the chance of losing its state charter.

We will be sure to keep you up to date on this important story as it develops. In the meantime, might I recommend that the reenactors just kinda like… throw hands with each other? I cannot underestimate how much joy it would bring me to see someone get uppercut in an otherwise historically accurate recreation of the Battle of Brooklyn. Think about how much more badass the line “Don’t fire until you see the whites of their eyes” would be if the weapon weren’t a rifle, but love and hate?