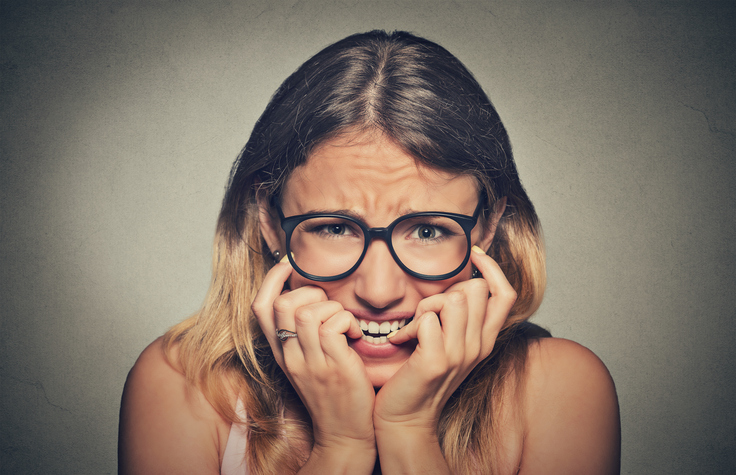 Like many others, when I face a blank page with the cursor blinking, I become anxious. What am I going to write about? Everyone faces that uh-oh moment when it’s time to buckle down and figure out a topic without too much blithering.

A new book, “Future Tense: Why Anxiety Is Good For You (Even Though It Feels Bad),” argues that anxiety is actually a good thing. Who would have ever thought that anxiety would be like eating your vegetables, taking your vitamins, flossing, or something else that is good for us? Authored by Dr. Tracy Dennis-Tiwary, a professor of neuroscience and psychology at Hunter College, the doctor posits that instead of anxiety freaking us out, it’s a positive force, not a negative one.

Please tell that to trial lawyers who often have not only anxious moments, but cripplingly anxious moments in trial, whether it’s waiting for the court’s ruling on a dispositive motion or waiting for the jury to return from deliberations. I’ve seen trial attorneys from Biglaw literally shaking while waiting. No matter how well prepared you may be and are, anxiety is front and center.

The thesis of “Future Tense” is that anxiety is a good thing that propels us to act.  Anxiety itself is not the issue, but the issue is how to manage anxiety in constructive ways. Of course, anxiety makes us uneasy. It forces us to pay attention to whatever may happen that is making us anxious. That’s a lesson that I need to learn. I am not the only one.

Fear and anxiety are not the same, says Dennis-Tiwary. Fear is a sense that you may be in present danger. On the other hand, anxiety is, as the title says, “future tense.” You are anxious about something that hasn’t happened yet, that may or may not happen in the future, but you fret about it anyway. Once you suss out the source of the anxiety, then you can figure out what to do and how to manage it.

Anxiety is what moves us forward as lawyers. We prepare meticulously for whatever is to come, be it a big negotiation or a bet-the-company trial. Law school teaches us, or should, that preparation is key. How many times have we prepared for trial only to have the case “settle on the courthouse steps?” Our anxiety about doing a good job for the client, for the result, and let’s not be coy here, for reputation as well, makes us not only prepared, but often overprepared.

How is this for anxiety provoking? The California Commission on Judicial Performance has filed a 50-page Notice of Formal Proceedings against a Superior Court judge in Northern California. The judge under investigation sits in a rural Northern California county (yes, we do have those) that has only two sitting judges and a commissioner.

The charges allege various examples of judicial misconduct. Some charges allege retaliation against court staff for cooperating with the commission, including but not limited to, comments that court staff were being disloyal. The judge also allegedly said that attorneys, clerks, and others would really hate him if he returned to private practice because he “would file many peremptory challenges against judges and would create a large workload and a miserable environment for the court.”

But wait, there’s more. The judge allegedly used the term “mole” to try to determine who had been cooperating with the commission’s investigation. When the court executive officer (CEO) asked the judge what he would do if, because of the investigation and the commission’s determination, he was removed from the bench, the judge commented that he would go “postal.” The CEO “reasonably” perceived that comment to be a threat of violence.

Other allegations: the judge also commented to the CEO that while he went out of his way to do nice things for people, they then turned about and stabbed him in the back. He said that court staff were “snitches,” and that “snitches get stitches.” He doesn’t like to be disqualified. The commission alleges that the judge retaliated against counsel who filed such motions. Does anyone want to appear in front of this judge?

There are a total of 21 allegations against this judge. From alleged retaliation to conflicts of interest, to behavior unbecoming, to refusal to grant motions properly brought. They are just allegations at this time, subject to hearing and determination by the commission what, if any, misconduct occurred and if so, what, if any, discipline the commission might impose.

The commission does lay out some allegations that, if true, are particularly disturbing to women lawyers. There are allegations that the judge made disparaging comments on more than one occasion about the female county district attorney. The judge told a member of court staff that the DA “acts like a schoolgirl,” has “no self-control,” is emotional, and “would do a good job if she could get her emotions under control,” or words to that effect. The judge also told his judicial colleague that the DA has “daddy issues.” Aren’t we beyond that kind of stereotyping?

The judge’s answer to the commission’s charges is not due until the end of this month. There will be a hearing and then the commission will decide what, if any, discipline the judge will face. Future tense indeed.

Jill Switzer has been an active member of the State Bar of California for over 40 years. She remembers practicing law in a kinder, gentler time. She’s had a diverse legal career, including stints as a deputy district attorney, a solo practice, and several senior in-house gigs. She now mediates full-time, which gives her the opportunity to see dinosaurs, millennials, and those in-between interact — it’s not always civil. You can reach her by email at oldladylawyer@gmail.com.

Assignor Estoppel on the Supreme Court