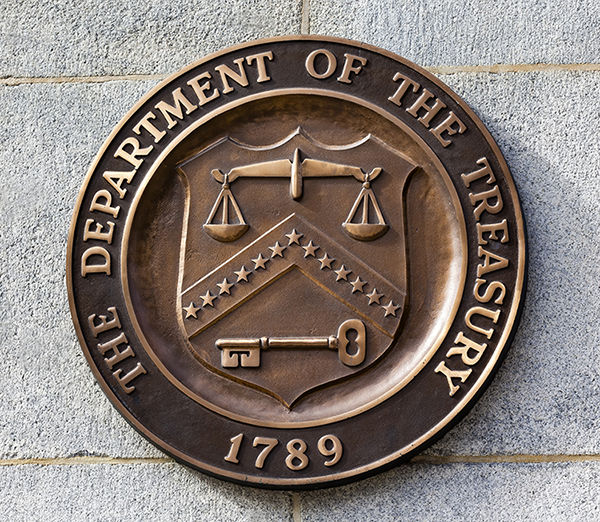 The U.S. Treasury Department must turn over former President Donald Trump’s tax returns to Congress because it has provided facially valid reasons for the request, according to an opinion released Friday by the Justice Department’s Office of Legal Counsel.

The opinion reverses a previous determination by the office that the returns should not be disclosed, report Law.com and the Washington Post.

The new opinion cites the Internal Revenue Code, which says the Treasury secretary “shall” provide tax return information to any of three congressional committees upon written request.

The House Committee on Ways and Means had sought tax returns for Trump and eight Trump-related businesses in April 2019. Committee chairman Richard Neal said the returns were needed as the committee considered oversight related to federal tax laws, including the extent to which the Internal Revenue Service enforces tax laws against a president.

Treasury determined the request was pretextual and the committee’s true purpose was to publicly disclose the returns. In its previous June 2019 opinion, the Office of Legal Counsel said Congress lacks constitutional authority to compel the executive branch to provide information to a congressional committee, even when a statute allows it, unless the information would serve a legitimate legislative purpose.

The 2019 opinion said the committee lacked a legitimate legislative purpose, and Treasury should not provide the returns.

The committee renewed the request in June 2021. In its new opinion, the Office of Legal Counsel says the 2019 opinion “went astray” in suggesting the stated justifications should be closely scrutinized.

In light of the statutory authority, “Treasury should conclude that a facially valid tax committee request lacks a legitimate legislative purpose only in exceptional circumstances,” the new legal opinion says.

“Applying the proper degree of deference due the committee, we believe that there is ample basis to conclude that its June 2021 request for former President Trump’s tax information would further the committee’s principal stated objective of assessing the IRS’ presidential audit program—a plainly legitimate area for congressional inquiry and possible legislation.”

The Ways and Means Committee had sued to obtain the records, but the suit has been on hold since President Joe Biden took office, according to Law.com. U.S. District Judge Trevor McFadden, who is presiding in the case, has said the new administration must give Trump 72 hours before releasing the returns. He has also indicated he will allow Trump to challenge the release, according to the Law.com article.

Lawyer accused of relying on staffer to take CLE classes gets sanction reprieve if...

Reimagining the OCI Process: What we learned from the pandemic