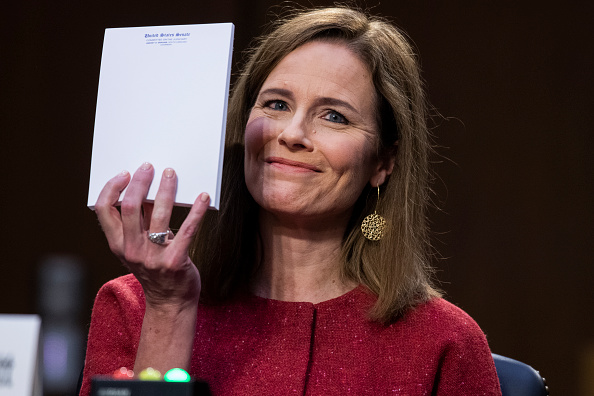 When it comes to the First Amendment, we are living in interesting times. Between Bremerton, Alito’s fun little tirade, and the nuanced case that is Yeshiva, we appear to be in the middle of a new age of religious freedom jurisprudence. The other aspects of the First, namely the right to protest, maybe not so much.

Republican-led legislatures have passed anti-protest laws drafted by an extreme right corporate lobbying group in a third of all American states since 2018, as part of a backlash against Indigenous communities and environmentalists opposing fossil fuel projects, new research has found.

The American Legislative Exchange Council (Alec) helped draft legislation criminalizing grassroots protests against pipelines, gas terminals and other oil and gas expansion projects in 24 states, under the guise of protecting critical infrastructure…The anti-protest bills, which were rolled out in response to the success of mostly Indigenous-led campaigns slowing down fossil-fuel infrastructure projects, have used intentionally vague language to create a chilling effect on free speech and assembly – both constitutionally protected rights, according to the report Critical Infrastructure Laws: A Threat to Protest & the Planet.

This is the part where I respond with “They can’t keep getting away with this!” That is, of course, until I remember the looming case that will likely do away with the whole fair elections thing. It would appear that unless you have your right to oppose couched in some niche legal argument, the First just doesn’t have the same protections that it used to. And no, not the “Protect Our Sacred River” type of religiosity. No, this is clearly a Judeo-Christian sort of deal.

Across the pond, there has been a recent quashing of free speech.

It is easy to look over at our neighbor’s lawn and see weeds growing, but those issues will be ours as well if we don’t nip homegrown censorship in the bud. Democratic societies, real ones anyway, require room for agonistic voicing of concerns and standpoints. Regulating actions is one thing, but the regulation of thinking and assembly that doesn’t serve the interests of monied companies isn’t the sort of thing that a free people should be willing to stomach.

If push comes to shove, you should know how to respond if the police decide to silence your protesting.

After Multiple Reports Of DOJ Targeting Journalists’ Communications, The DOJ Finally Says It Will...

Kirkland Advises Arc on Reorganization of its Financial Structure

Inflation Is Messing With Biglaw Billing – Above the Law